I’m resurfacing after a few tough weeks!  Teething (sleepless) toddler, first colds of the season, work travel, and some more serious medical issues for Vivienne… it’s all been a little too much.

Lately, whatever the particular day requires of me has used up all available energy, not leaving much for elaborate cooking or creative projects. Though, we did totally pull it together for supper club this weekend!

We hosted, so that meant coordinating the menu and preparing the main course… possibly the ultimate fall meal: pot pies baked in individual pumpkins!

I shared some of the preparation on Instagram stories, and a number of people asked for more info. I’ll say that the Martha Stewart recipe we used IS delicious and totally has that wow factor you may want for a holiday meal or other special gathering — great presentation, a surprisingly light, lemony sauce, and the pumpkin cooks just enough that you can scrape a bit off the sides with each bite.

Really, really good… but not quick and easy.

If you’re up for a challenge, check out Martha’s <a href="http://Martha Stewart’s Menus for Entertaining

“>Menus for Entertaining and give it a go! You’ll find it in the Halloween menu. (We used pie crust rather than puff pastry and peas instead of haricots verts — both personal preferences — and we poached 1 chicken instead of 6 quail in order to simplify.)

For those who’d like an easier variation, I’m sharing this modified recipe below: our simpler go-to pot pie filling, pumpkin assembly instructions, and I might even go so far as to suggest pre-made crust (gasp!).

Wash and dry the pumpkins, then turn each one on it’s side and slice off the top two inches or so. Discard the top. Scoop out the inside, shaving down the sides a bit if they’re very thick. 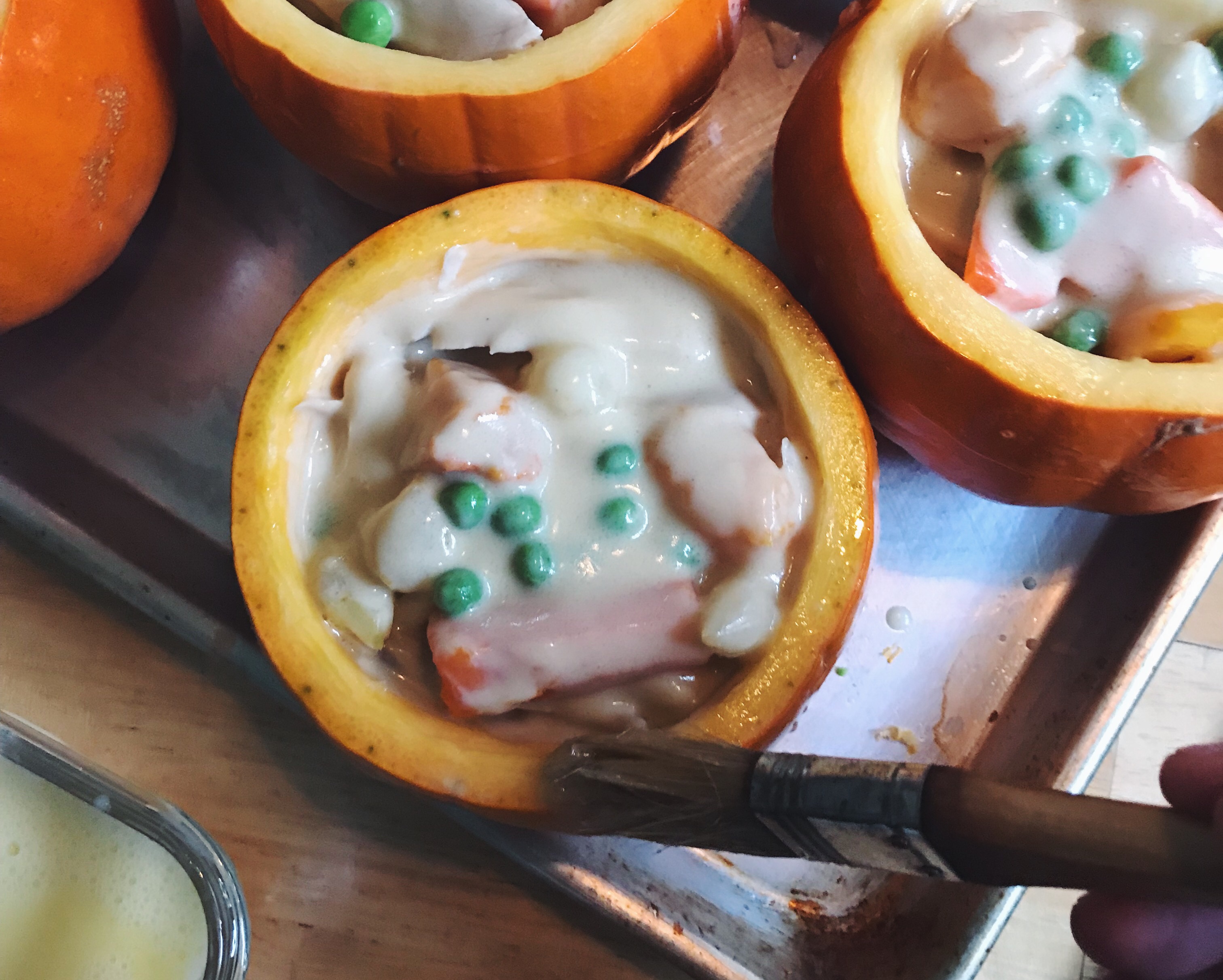 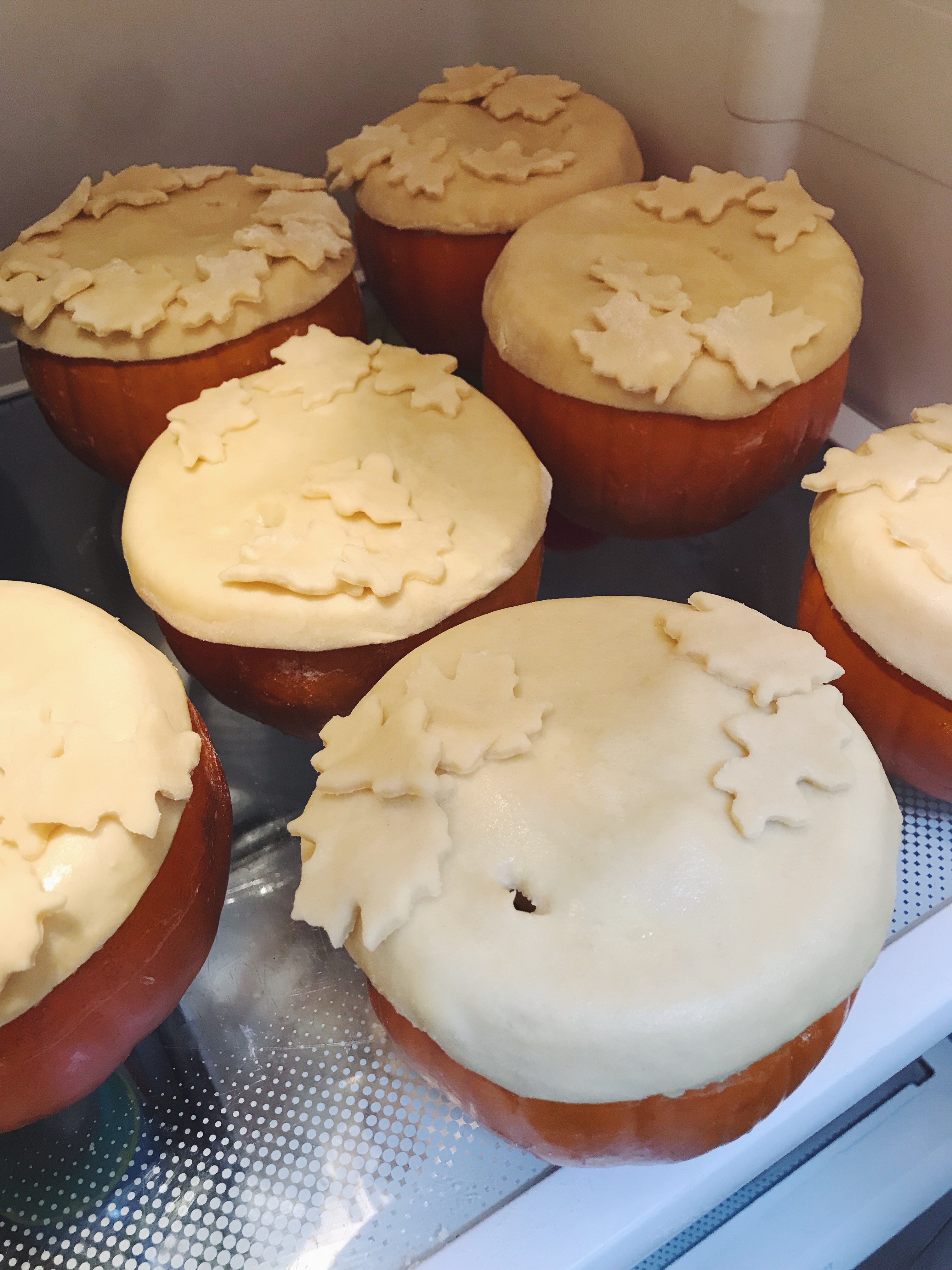 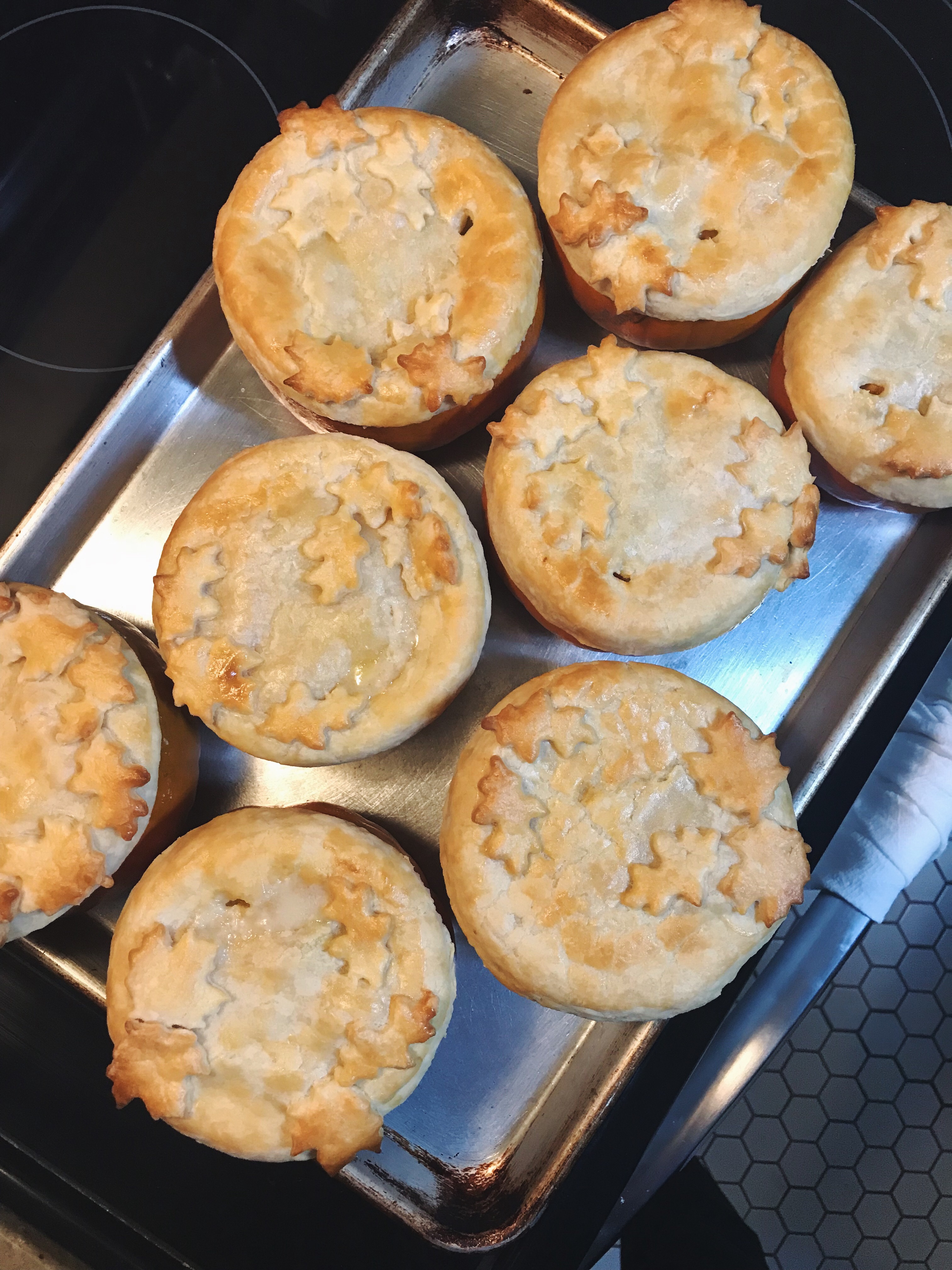 If you’re wanting classic pot pie sans pumpkins, this filling recipe fits nicely into 2 regular pie plates. You can pop a single pie crust on top of each and follow the same baking instructions, as the temp/timing are primarily about baking the crust well. (We always skip the bottom crust, as it just seems way too heavy.) Stick a cookie sheet on the rack below in case of bubbling sauce!

You can also freeze them assembled in a pie plate with the crust unbaked — just make sure your filling has cooled to room temperature, then stick the whole thing in the freezer; wrap in plastic wrap once it’s frozen.  You’ll have to add 15 minutes or so to the bake time if you stick it in the oven straight from the freezer.